August 29, 2010
In May I turned 21. As a belated present a family friend thought that I should receive a rather memorable present...needless to say once I found out I was gonna be driving a 'tank' I was rather excited...here are a few photos and a compilation video I put together from some footage my dad took... 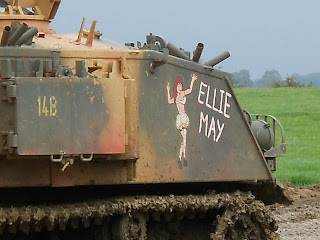 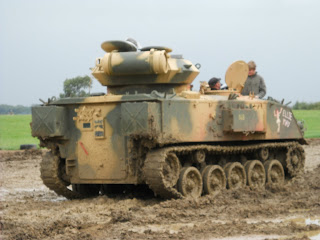 The vehicle I drove was a converted FV432/30. The FV432/30 is a standard FV432 APC (Armoured Personnel Carrier) that was fitted with a turret lifted from the Fox armoured car CVRW (Combat Vehicle Reconnaissance Wheeled) and was used during the Cold War...
The FV432/30 Infantry Support Vehicle/CVRT (Combat Vehicle Reconnaissance Tracked) had had the RARDEN cannon removed (along with alot of the interior turret bits and pieces, so it was quite roomy in there) and in it's place a custom 'air cannon' was installed. The big cylinders on the rear of the turret contained compressed air which propel 40mm(!) 'paintballs' down the barrel at the target...all good fun :D
The 'Tank Battle Experiance' that the company do is (with a crew of 3) you each get a lap of the track (half with the hatch open and half with it closed), then you do some target practice rotating around the 2 positions within the turret...a small breather in the 'ops room' (reception/brew station) and quick talk on tactics and position choosing (I opted for driver straight away)...then back out into the vehicle, baton down the hatches and take position for the battle against an 'enemy tank'...both 'tanks' get 12 paintballs and the most hits win...my 'Ellie May' was against the enemy 'Sally' and the score was 11 - 6 to us :D VICTORY!
Once the experience is over (after about 2hrs for the whole battle experiance) then you have a quick debrief, look over the pics taken by the on field photographer and spend some money :P gotta wait for my pics to come through the post then might upload some more :) 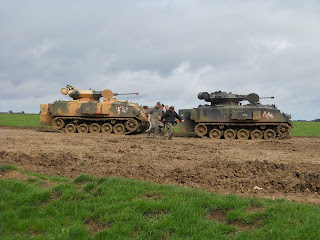 I have to say out of the 3 positions in the vehicle that they offered with the 'Tank Battle Experience' (driving, aiming and loading/firing) the driving was by far the best...nothing quite beats driving through inches of mud with your visibility restricted so that you can't see anything apart from a small letter box view to the front :D 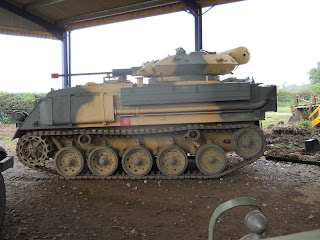 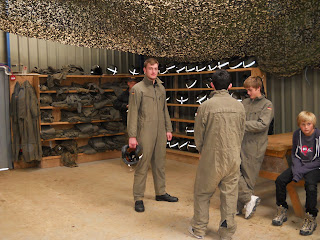 I hope to find a model of this vehicle at some point in the near future...whether I paint it up like 'Ellie May' I don't know, but I do now like this vehicle...

If anyone is interested in the experience or other similar ones definitely check out Armourgeddon's website...is bloody awesome :D

Popular posts from this blog 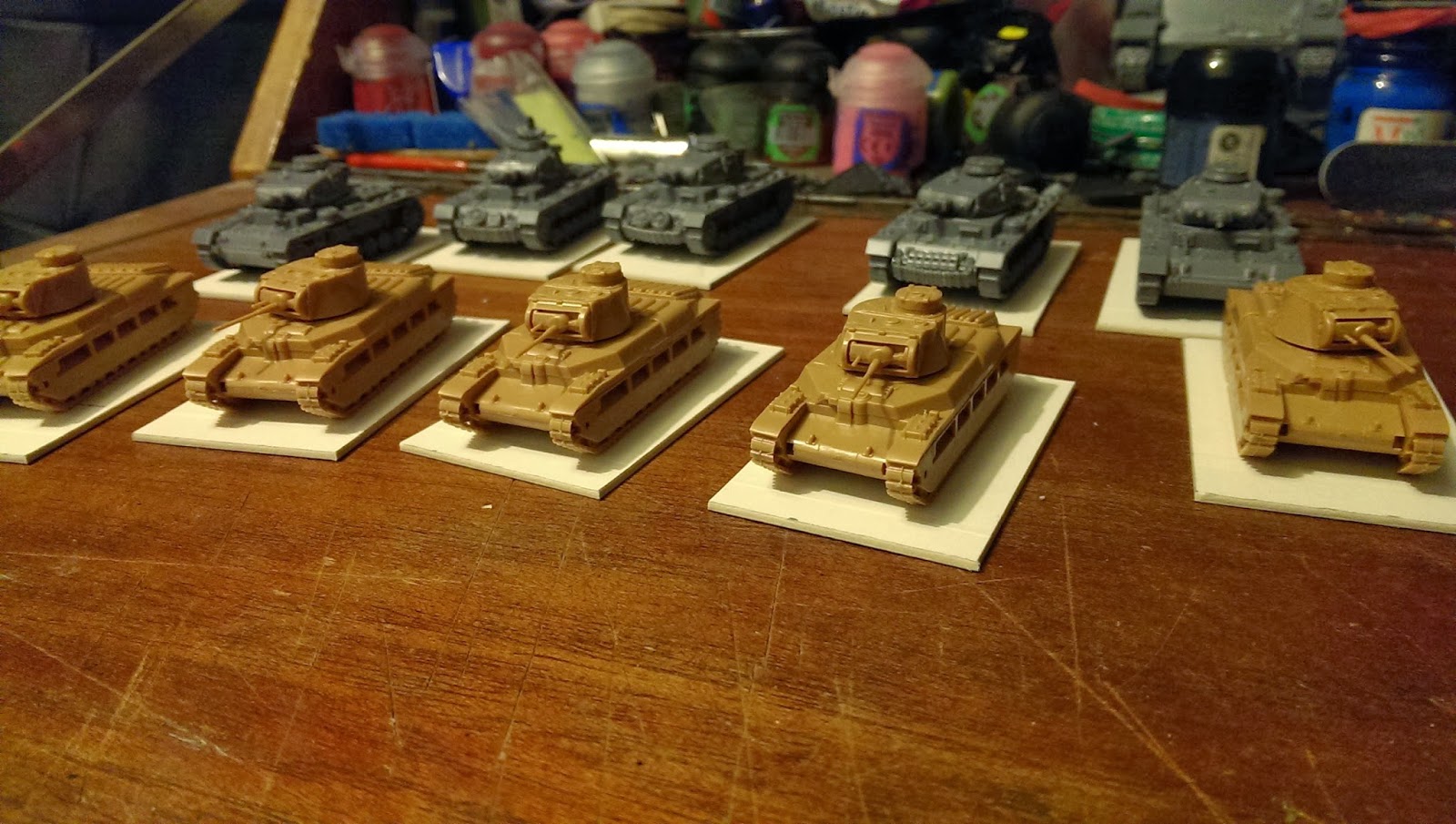 Had some 15mm Peter Pig figures lying around for quite some time, I think they were a project my dad did for me. Looking at doing something that might not take up to much time while looking for a new job I thought I'd add a little bit to this set, might even look at rebasing the figures I have.
This is what I've got on the bench at the moment: 5 Plastic Soldier Company Pzr 3 F and 5 Zvezda Matilda 2. The base coats were Flames of War armour spray base coat. 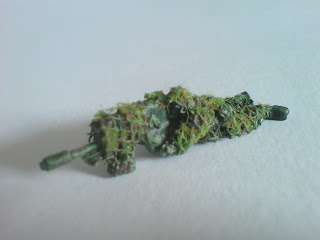 Recently I have found some of my old Warhammer 40,000 Catachan models (Games Workshop) and thought that a re-paint would do them good, haven't got too far yet but here are two snipers that I have converted...

The idea behind these models was from a Games Workshop article I read on this type of conversion, and they got thier idea from modern military Ghillie Suits.
I first cut and stuck some wire mesh on to the figures, then undercoated with black. With Dark Angels Green (GW) I based the models. Then a light green and brown were added onto the base colour in random patches. This was then inked with brown. After the models had been left to dry I dry brushed them with a lighter green than used for the camo patches.
Once the model had dried I applied patches of PVA and dipped the models into some Green Flock, once that had dried I applied a bit of PVA arund the Flock and dipped the model into some Static Grass.
The base on the kneeling sniper was first painted with PVA then dipped into sa…
Read more 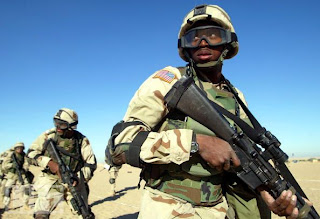 Having brought loads of random figures when I was younger, for the fun of it, I have lots of very random part made or shoddily made figures and kits strewn about my room at home. These figures and models vary in scale and manufacturer. When I was back home at Christmas I found this chap and his comrades in a draw and thought that these would be good to paint up, my thought process then continued and I settled on the best looking (the one that was best put together - damn my younger self). So I retrieved this guy and brought him back to uni where he has been sitting for months unpainted...until now...


Under coat of grey, thought was best for all the light colours I was going to paint this guy with...

Base coat of Vallejo Sand Yellow (916) on all desert BDU parts (trousers, shirt sleeves and hat)...

Boots painted with a random sandy type colour which looks alright and the body armour and webbing given a watered down paint/base coat of Vallejo US Dark Green (893)...

The desert BDU was the…
Read more